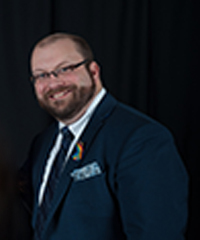 Rev. Bob hails from the isle of Newfoundland and brings with him that east coast sense of hospitality, humour, and fun. He is a graduate of Memorial University in Newfoundland and Labrador, Queen's University in Kingston, Ontario, and Chicago Theological College in Chicago, Illinois. Over the years he has also been an internship supervisor, congregational consultant, mentor, and served on almost every committee you can think of at all levels of the church. Most recently he was published in: “Reflections on Emancipation and Anti-Black Racism in Canada” and in “Called to be The Church: Discipleship Is Stewardship." In 2022 his sabbatical time took him to Scotland and the UK focusing on sacred places, music, and a wee dram. His passion is preaching and using digital resources to live out the great commission of Jesus to make disciples. Part of this passion led to the creation of the ConnectNorth.ca project and in 2021 the creation of WorshipCollective.ca, but don't think he's only about church. Rev. Bob has been known to rebuild a car (or two), build computers, read a ton of books (literally), is passionate about the community of Prince George, loves to cook meals that at least sound very complicated, and when the roads are clear you'll find him enjoying some wind therapy on his motorcycle. Along with his spouse, two adult children, 1 grandchild (a second on the way) and Prinn the dog, he lives a full life and loves to go for coffee...seriously...he roasts his own beans!

Favourite quote: "There's an app for that!" and "We have the technology!"

Subscribe to receive email updates with the latest news.